Introduction: Osteosarcoma is the commonest primary bone tumour with a bimodal age distribution. The survivorship of patients with osteosarcoma has improved with advances in chemotherapy making limb salvage surgery the commonest surgical procedure. Pathological fractures associated with osteosarcoma, however are rare and suggests the aggressiveness of the tumour. These patients are considered as a special group due to the variable outcomes reported in the literature due to some special characteristics, prompting the discussion between limb salvage surgery versus ablative surgery.
This article reviews the reasons why this group of patients are considered challenging and also the various outcomes reported in the literature.
Keywords: Pathological fracture, osteosarcoma, outcomes

Introduction
Primary bone and soft tissue sarcomas are rare tumours. Osteosarcoma is the commonest primary bone tumour with a bimodal age distribution and with a reported incidence of 2-3 per million population per year [1, 2]. With advances in chemotherapy, the survivorship of patients with osteosarcoma has improved significantly with various studies revealing similar results with limb salvage surgery when compared with amputation [5]. Contra indications to limb salvage surgery may include involvement of the neurovascular bundle, joint involvement, progression of disease whilst on treatment, patient choice, infection and a pathological fracture (Figure 1).
A pathological fractureassociated with osteosarcoma at presentation or during treatment is even rarer with a reported incidence of 5-10% [3, 4].A pathological fracture can be the mode of presentation for osteosarcomas in certain cases whereas it can occur during treatment in others. This is generally considered to be an aggressive biological behaviour of the disease which in turn, historically, has been considered as a poor prognostic factor in the outcome of this special group of patients [6]. 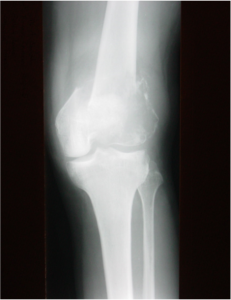 Figure 1: Plain radiograph of a skeletally mature patent with a pathological fracture secondary to osteosarcoma with involvement of the joint both clinically and radiologically.

Why is this group of patients special?
This select group of patients poses a challenge to the treating orthopaedic surgeon about the modality of surgical procedure. There has been a debate over the years whether these patients should have ablative or limb salvage surgery and if there is a difference in the outcome of both with varying results reported by different authors [8].
What makes these patients special is the associated hematoma with the pathological fracture which is considered to have tumour cells which spreads locally in the tissues [7]. The extent of spread also depends on the anatomic location of fracture and whether it is intra or extra capsular. The disruption of local microvasculature is also considered to be a risk factor for development of metastasis [7]. Understandably, extra articular resection for intra articular extension of tumours is a more challenging procedure particularly when limb salvage surgery is attempted with the reported outcomes of extra articular resections in limb salvage surgery considered to be compromised as well [9]. The local contamination of soft tissues with the tumour cells is also considered to be a risk factor for local recurrence. This prompted the thought that early and aggressive surgery in the form of ablative surgery will halt the progression and spread of disease any further. The presence of a pathological fracture in osteosarcoma, therefore, has been considered as a poor prognostic factor by some authors but not by all [8, 10, 11].

Initial treatment& work up:
Perhaps the most important step in the management of this select group of patients is the early recognition of the aggressiveness of the lesion and prompt referral to a specialist unit. Failure of recognition of these fractures as being pathological can lead to inappropriate treatment and potentially worse outcomes (Figure 2) [14]. The rest of the management in a multidisciplinary team setting involves a detailed history, examination of the involved limb and joints for any effusion, local and systemic staging, biopsy and neoadjuvant chemotherapy after confirmation of diagnosis of osteosarcoma.
It is also important to note that one of the most challenging issues with this group of patients is pain management and immobilisation during the pre-operative period whilst they wait for surgery and have neoadjuvant chemotherapy. 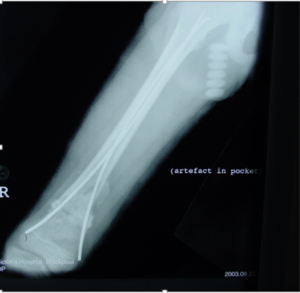 Immobilisation
Immobilisation for pain relief can be challenging as this depends on the location of the fracture and may involve a plaster cast, simple sling, skin traction or in some cases external fixators [15]. Significant attention should be paid to the placement of the schanz pins if an external fixator is used due to the risk of tumour spread into non-involved compartments and risk of infection which would compromise limb sparing surgery.

Prognostic factors
A pathological fracture is independently considered a poor prognostic factor in osteosarcoma but was not considered one in cases of chondrosarcoma and Ewing’s sarcoma [8, 10]. A poor response to chemotherapy and local recurrence are also considered to be poor prognostic factors for survivorship [8, 10-13]. It is however, important to note that the efficacy of chemotherapy and healing of fracturesin these special cases are considered as supportive factors for limb salvage surgery [20].
Fracture consolidation
It has been noted that these fractures heal whilst patients are on chemotherapy and in most of the cases these patients have had significant post chemotherapy necrosis(Figure 3) [8]. On the contrary some fractures might happen whilst patients are on chemo which depicts the aggressive nature of the disease.

What is the verdict?
Limb salvage surgery should be attempted, if possible, in these patients after neoadjuvant treatment but if clear surgical margins cannot be obtained during surgery or limb salvage will result in a poor functioning limb, then ablative surgery should be considered, particularly in the paediatric population where they can adapt to prosthetics earlier than adults [16]. It is however, also important to note that after wide resection of tumour, limb salvage is still a viable option with reconstruction performed with either arthrodesis or rotationplasty where appropriate.
Scully et al, suggested that a pathological was a poor prognostic factor but it is important to note that this study was performed over a 30 year period where some patients in their series had not received any chemortherapy and there have been advances in this field over the study time period [8]. Similarly Finn et al, suggested early amputation due to the risk of local and distant tumour spread [14]. In another study, the 5 year survival in patients with pathological fractures secondary to osteosarcoma was lower than those without a fracture [18]. On the contrary Bacci et al, and Abudu et al, showed that there was no difference in the survivorship of these patients when they were treated with neoadjuvant chemotherapy [7, 11]. In a recent meta-analysis comparing limb salvage with ablative surgery for pathological fractures in high grade osteosarcomas, no significant difference between local recurrence and 5 year survival was noted [19]. Adjuvant radiotherapy in these patients has not been shown to reduce the risk of local recurrence and in fact might increase the risk of these patients undergoing further surgical procedures compromising there outcomes [7].

Future direction
All the studies performed on this select group of patients are retrospective and contain a small number of patients over a prolonged period of time. The results are further effected by variables including the heterogeneity of the patient and fracture characteristics and also the advances in chemotherapy over a period of time. Improvements in surgical techniques have also resulted in improved outcomes. Most of these variables are un avoidable due to the rarity of these cases but in order to come to a definite conclusion, a multi central randomised trial will eradicate all these bias and should guide treatment. 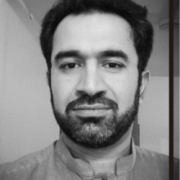 Biological Methods of Reconstruction After Excision of Extremity Osteosarco... Limb salvage with megaprosthesis in extremity osteosarcoma –a case-based ...
Scroll to top
%d bloggers like this: