Guest Editorial: Osteosarcoma – Has it really been a Success Story?

Osteosarcoma was once considered a fatal disease, but following the successful development of chemotherapy in the early 1970’s, spectacular improvements in survival have been reported. Neo-adjuvant chemotherapy is now a mandatory necessity not only for survival but also for the successful local control of disease as it facilitates surgical excision and has extended the limits of functional limb salvage in the extremity as well as in the pelvis. The current data suggests that 56- 79% of Osteosarcoma patients should expect to survive at least 5 years, while 52-70% may remain alive, 10 years after primary eradication of disease [1,2, 3].
The remarkable reduction of fatality in Osteosarcoma was often touted as a major medical success story, particularly in comparison with other more prevalent and dismally fatal visceral cancers such as that of the Lung, Liver and breast. But in recent years, advances in Genomic studies and newer understandings of molecular-genetic pathways that control neoplasia and response to drugs, have facilitated the development of targeted therapies for a variety of visceral and haemopoetic malignancies, resulting in equally impressive reversal of fatalities and optimization of treatments, particularly in breast, colon, lung and liver carcinomas [4]. Very little of these developments have translated to better outcomes for Osteosarcoma patients.
Indeed the so-called success of Osteosarcoma therapy has eluded significant population groups, particularly in developing countries. Seldom do survival rates exceed 40-50 % in many developing countries and long term survival outcomes data from high-volume centres, even from large countries such as India, is not freely available. Treatment costs remain a significant burden and even if generic drugs are made available, the nutritional, physical and psychosomatic support required for successful long term survival and coping with burden of disease, are either poorly developed or out of reach of most patients in many such countries.
Another important and often overlooked aspect is the burden of disease. The difficulties with access to health care services in many populations, amongst many other reasons, often results in delayed presentations. Such patients may present with huge tumors, sometimes with metastases at presentation. While tumor burden is known to be negatively associated with response to drugs and therefore survival, no effective adjustments, either to drugs, the dose-intensity of treatment, or surgical alternatives, have been recommended through proper controlled studies, conducted specifically in the context of such patients. Instead this has been left to the decisions of individuals. Balancing the decision between risking life and abandoning limb salvage is not an easy task, particularly if it is based only upon empirical data and personal experiences.
A closer look at global Osteosarcoma data suggests that disease relapses in 30-40% of cases, despite optimal treatments in patient’s presenting with early disease; only 20% of these patients may survive 5 years or longer [5]. Relapse may also occur in patients who have shown excellent response to chemotherapy and in some patients, late relapse 8-15 years after clinical remission, has been noted. The small repertoire of drugs available for Osteosarcoma significantly reduces the chances of salvage with secondary and tertiary agents; indeed without surgical induction of remission there is no possibility of survival [5,6].
The surgical treatment for disease eradication in Osteosarcoma is fairly well established and based on validated principles. Impressive rates of limb salvage (81-91%) are now possible in most patients presenting with early extremity disease.
It is the failure of disease despite optimum treatments that remains frustrating, and demands a strategic look at integration of emerging technologies and the development of novel approaches to treat this disease.

1. Genomic Studies and Molecular Genetic Pathways
Following the success of the Human Genome project, new technologies have enabled the rapid sequencing and identification of Genes involved in neoplasia and other diseases. NEXT-Gen [7]sequencing technologies have now made it possible to identify groups of cancer-specific genes expressed in individual patients and even in single cells, opening up the possibility of classifying tumors and identifying patients not only on the histological identification of the tumor but on the genetic signature expressed in their neoplastic cells.
While some disease have a well-defined genetic abnormality, either in terms of a known gene or group of mutant genes and translocations, conventional Osteosarcoma does not have a typical genetic profile. Nonetheless, given that neoplasms are driven by genetic perturbations, a bio-informatics approach may, in the near future, help us identify prognostic features, expression of drug resistance, molecular signaling and metabolic pathways as potential actionable targets for therapeutic considerations. Collecting and storing tumor tissues in bio-banks and tagging tissues with clinical outcomes data is therefore crucial. Given that Osteosarcoma is a relatively rare disease, the greater the sample base the more relevant and applicable the results of genomic and bioinformatics analysis are likely to be.

2.Targeted Therapies and Less-Toxic Drugs
Conventional drugs for Osteosarcoma are highly toxic. This imposes significant limitations to dose-intensification even in the context of primary chemo-naive disease. In the case of large tumors, systemic toxicity limits dose-escalation in proportion to tumor burden, leading to the development of drug resistance. Addition of drugs that act synergistically or target metabolic processes and pathways specific to neoplastic cells are attractive possibilities. Drugs targeting the mTOR [8] and CREB pathways have shown great promise in Pediatric Neuroblastoma. Rapidly growing neoplastic cells rely on extracellular arginine to support necessary biological processes. Arginine auxotrophy is a characteristic of neoplastic cells and arginine deiminase (ADI) and arginase I, target arginine metabolism and are a promising novel therapy for Osteosarcoma [9].
3. Improvements in Drug Delivery and Reversal of Drug Resistance
Given that the neoplastic cells in Osteosarcoma are embedded within a dense matrix of osteoid, the optimal penetration of drugs has always been a concern. The conjugation of cytotoxic drugs with bone-seeking compounds, polymer-based nano-particles to expedite and improve intracellular delivery of drugs are attractive possibilities, but as yet, remain under investigation [10, 11].
Drug resistance is rarely present at diagnosis. This may be associated with expression of MDM2, P-glycoprotein and several other known factors. Importantly drug resistance is often developed during the course of the disease and is an acquired feature of the disease. A number of small molecules targeting key intra-cellular kinases [12] involved in modulating drug resistance have shown promising in-vitro results.

4.A Reexamination of Surgical Strategy – Ablation Verses Limb Salvage
Preservation of limb function with good limb salvage is goal that must be concomitant with long-term survival. Quite often, especially with large tumors that are likely to be refractory to neo-adjuvant chemotherapy, the dogmatic adherence to the doctrine of limb salvage may jeopardize survival. The difficulty lies with the lack of objective criteria and reliable evidence base upon which such criteria could be established, so as to facilitate decision-making. It is only in the most obvious of cases, such as those with neurovascular involvement, compartmental obliteration, or fungation, we can convince ourselves to proceed with amputations. The difficulty of accepting amputation from the patient’s perspective is completely understandable, but the reluctance of the surgeon, particularly in borderline cases, may put the patient’s life in jeopardy.
Are we bold enough to go back to the drawing board and reexamine this issue?
With what degree of certainty can we identify poor responders prior to therapy?
Will early amputation followed by adjuvant therapy improve survival in patients with large tumors unlikely to respond to therapy?
There have been enormous improvements in amputation prosthetic knee mechanisms including bone-anchored abutments and lightweight exoskeletons. This has enabled dramatic improvements in ambulation even with high trans-femoral amputations.

5. The Emergence of Precision Medicine
In recent years there has been a major push towards the integration of research and fundamental knowledge of human biology, behavior, genetics, environment through bioinformatics data science and computation, with the goal of developing more accurate and specific approaches towards common as well as rare diseases. Instead of a “one-size-fits-all” approach the precision medicine approach to oncology [13] may enable us to categorize neoplasms on their genetic signature and combined with a large computational database, also enable specific therapies towards common traits and cohorts. In the near future there is hope for the development of target therapies, for accurate diagnosis, identification of drug resistance and potential failure. Pharmaco-genetics is an emerging field and may help identify molecular genetic profiles in Osteosarcoma that are likely to respond to specific drugs.
Exciting and far-reaching developments in medicine and fundamental biology will enable us to have a better understanding of Osteosarcoma and its biology. However it remains critical for us to develop knowledge networks for information exchange and to categorize the diverse clinical behaviors of tumors. Accurate, reliable and credible information needs to be made available not only to the clinician and scientist, but also to our patients in a comprehensible way, so that they may participate in a much more informed manner, in the complex decision making that is involved in Osteosarcoma care.

Finally, it is not only Science that fails us in our goals towards eradication or control of disease. The challenges of economic disparity and the consequences of inequity in health resource availability are beyond the scope of this discussion; clinicians treating Osteosarcoma will need to acknowledge and address these critical issues through innovative means without losing sight of the guiding principles of oncologic care. 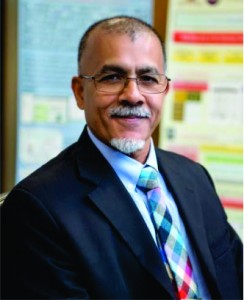 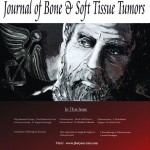 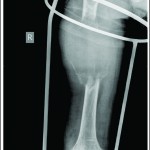